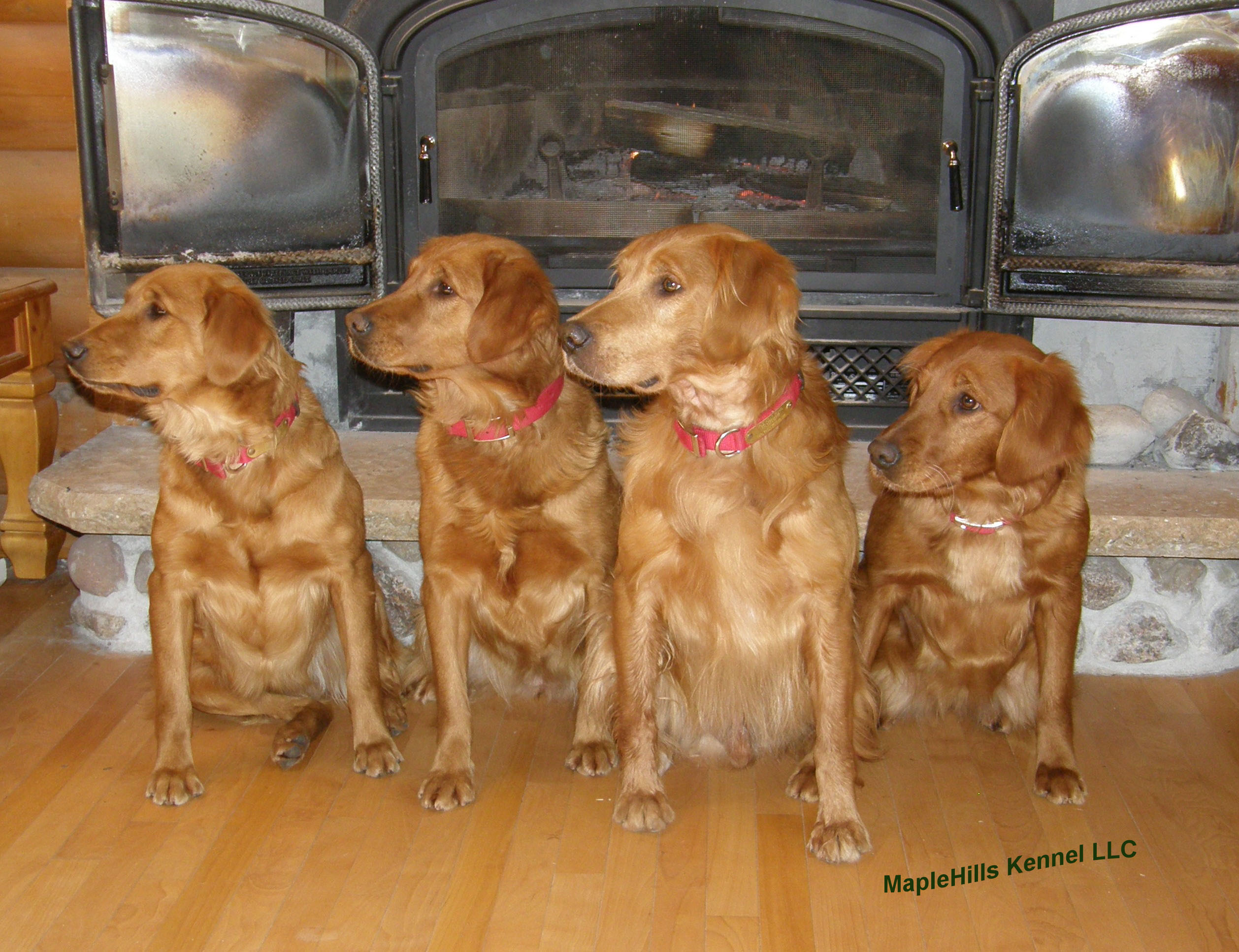 Like most people involved with dogs, our beginnings were rather unimpressive. In 2000, we moved to Western Wisconsin and built a home on some acreage. It was a great blend of woods, a pond, and some former cow pasture. Dan quickly resumed his former passion – deer hunting. Of course, deer hunting only lasts 10 days for gun season in Wisconsin and that was not nearly enough hunting for Dan. So in 2002 he decided that adding pheasant hunting would be fun and for that he would need a dog. The fact that neither of us had ever trained a hunting dog was only a passing concern. We had always had very well trained pets and I had dabbled in some obedience training of our Shelties. How much could this involve I thought? Get the basic obedience down and throw a few bumpers and we are set. Oh, the naivety of the uneducated!

In early 2002 a coworker of Dan’s had a well-bred Golden Retriever litter and a male was available. I was quickly talked into adding him to our household. Little could we have known just how far that little puppy Sam would eventually take us.

By the time Sam was pushing a year old, he was also pushing my buttons. In the house he was the perfect pet - easy going, never made a mess, did not destroy anything, and got along well with cats, other dogs, and visitors. Outside in the field it was apparent that this dog was designed to find birds. He knew what he wanted and most of the time it involved feathers. I quickly realized that he was doing as much training of me as I was of him!

So I bought a couple of training books and then I took a couple of classes. My breeder directed me to Northern Flight Hunting Retriever Association for more hands-on help. Luckily, I did not initially realize that this was a much bigger task than I had imagined. If I had known I might not have been so willing to plunge in with both feet. At times I did wonder “What Have I Gotten Myself Into?” but most of the time I was having too much fun to question myself. Dan soon joined the training and by the time Sam earned his Junior Hunter title we were both hooked.

As our human kids grew up and moved away we became more and more involved with dogs and seemed to add another Golden every year for many years. Eventually we have settled to between 8-12 adult dogs at any one point in time. In 2013 we downsized from our big house in the woods to an older farm that is ideal for dog training. While it is certainly just as rural as our old home, the open rolling and open fields allow for a large variety of training set ups. It also has some natural wetlands and we hope to add technical waters soon.

With the move also came the transition from MapleHills Kennel as a part time endeavor to a full-time commitment. Training and breeding has become our passion. We hope our commitment to the breed will produce some of the finest hunting dogs and family pets.